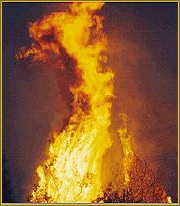 So is the IRS.

The agency has announced (IR-2007-178) that taxpayers in the presidential disaster area –– Los Angeles, Orange, Riverside, San Bernardino, San Diego, Santa Barbara and Ventura counties –– will have until Jan. 31, 2008, to file returns, pay taxes and perform other time-sensitive acts.

The extended deadline applies to tax filings due on or after Oct. 21, when the wildfires began, and on or before next Jan. 31.

This includes Form 941, which businesses file to report their federal withholding on employees' income and which normally is due Oct. 31, and the fourth quarter's estimated tax payment voucher, 1040-ES, normally due Jan. 15.

Deducting damage losses: The IRS' usual relief also is in effect. In national disaster instances, affected taxpayers have the option of claiming related casualty losses on their federal income tax returns for either the year it occurred (2007) or the previous tax year (2006).

The key is determining which tax filing will get you the biggest tax break.

For example, if you claimed the standard deduction on  your 2006 return, it might be worth it to refile that as an amended return, itemize and claim any fire-related losses to get money back from Uncle Sam now.

But if your situation makes claiming the losses on your 2007 return a better tax move, then wait until next year and take the tax break then.

If you do decide to amend your 2006 return, the IRS says to write "California Wildfires" at the top of the form so that it can expedite the processing of your refund.

And other IRS links of interest if you ever have to deal with a disaster include:

Your help will be appreciated. And if you itemize, you can claim the donation on your 2007 return. Just be sure to get a receipt, a new tax requirement that took effect this year for charitable gifts of any size.