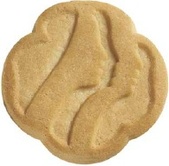 The kicker: Many of the false claims, according to court documents, involved the stolen identities of nearly a dozen young troop members, ages 8 to 12.

Federal prosecutors say Holly M. Barnes obtained the girls' personal data from their parents by asking for it on a fake medical release.

A federal grand jury on Tuesday indicted Barnes on of filing fictitious tax claims and of identity theft. The indictment alleges that Barnes' filed false claims for more than $187,000 and netted more than $87,000 for her efforts.

More on the charges, and reactions of readers, can be found in this Pensacola News Journal article.