I love movies. I try to see a new one every week. But sometimes, only a classic film will do.

My all-time favorite movie is Casablanca. Best. Movie. Ever.

Yeah it's hokey and with the great love lost then found theme, it treads dangerously close to standard, predictable melodrama. 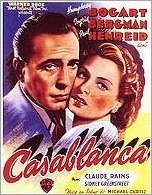 But thanks to the vacillating screenwriters (or so goes the story) who wisely opted for the only logical ending great love sacrificed for the greater good and Bogie's eternal coolness, the film not only turned out perfectly, but holds up pretty well 65 years later.

So, since I'm also a tax geek, I got a big kick out of fellow blogger taxgirl's recent review of Casablanca with, of course, a focus on the film's tax components. They range from the tax considerations of presumed widow Ilsa to the valuable letters of transit needed to guarantee Laszlo's safety to Rick's sale of his business to Ferrari.

I'm certainly not going to re-review the 1942 classic from a tax standpoint; taxgirl has already done a fine job of that.

But since she got me thinking of the movie in tax terms, something I've never done before, I thought I'd share a few additional Casablanca tax thoughts that have come to mind.

Does the city of Casablanca and/or the nation of Morocco levy liquor taxes on all those drinks raised at the rousing conclusion the singing of ?

Are Vichy Water bottles subject to deposit or recycling fees or taxes?

What kind of payroll tax issues did Rick face as an employer? He had the wait staff and bartenders and the wonderfully loyal Sam. Since Sam played "As Time Goes By" for Ilsa and, at his boss' urging, played it (but not again), I do hope that Sam got a nice bonus before Rick left town.

I even got the hubby thinking about Rick's taxes.

Since he owns the Café Américain, we're presuming Rick's still a U.S. citizen, which means he's taxed on his worldwide income. And since the place is so popular, he probably pockets a decent amount.

So does Rick, asks my suddenly tax-wise spouse, report his Moroccan earnings to the IRS, of course carefully taking the appropriate foreign income exclusion (if it existed back then)? 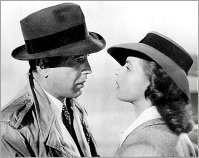 And what about that final flight out?  The hubby wants to know if there were there any airport taxes involved.

So much romance. So much intrigue. So little time. So many, many great lines.

But we'll always have Paris ... I mean taxes!

As the Allied troops approached the city following the invasion of Normandy, the Nazis ordered a curfew. That was the final straw for Parisians. By mid August, Paris police were working with the Resistance, fighting was breaking out in the streets and Charles persuaded President Eisenhower to send Allied troops into the French capital.

After four years of Nazi occupation, Paris was liberated on

De Gaulle entered the city the next day. Snipers opened fire on him from a hotel, but he was not hit. His response to the momentous events: "Paris! Paris outraged! Paris broken! Paris martyred! But Paris liberated!"

Speaking of snipers: Today also is the birthday of Frederick Forsyth.

The British novelist is best known for his novel The Day of the Jackal, about a professional assassin's attempt in 1962 to kill Loved the 1973 movie version with Edward Fox as