If you're still considering who you will support in the upcoming 2008 presidential election, your decision won't be any easier if you're hoping to base it in part on the contenders' tax policies. Very few of them, Democrat or Republican, are talking taxes. 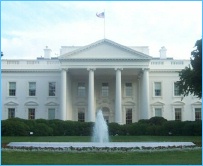 "Candidates' Tax Plans Are a Mystery," observes New York Times columnist Floyd Norris in today's edition. For those who don't subscribe to the paper's TimesSelect service, Norris says any chance for real tax reform has already slipped by us, primarily because most of those seeking to take W's place in the Oval Office refuse to seriously discuss taxes, specifically what must be done by the end of 2010 when the current flood of tax laws enacted in 2001 and 2003 expire.

Without legislative action, which requires legislative leadership, in 2011 tax rates will rise and the estate tax, after a one-year repeal in 2010, will return to pre-Dubya levels. But with that deadline bearing down, says Norris:

"Democrats seemed to agree that Mr. Bush’s tax cuts for the wealthy should expire, but not those for the middle class, a group that has expanded to include people who make as much as $200,000 or $250,000. Republicans spent much more time discussing immigration and evolution, but one candidate did find time to denounce a Democrat, Senator Hillary Rodham Clinton, for wanting to end the tax cuts."

That vague political posturing is all we're getting, says Norris, meaning that whoever wins the presidency likely won't be able to convince the public, and Congress, of the need for his or her specific changes until years after settling in at 1600 Pennsylvania Avenue. "Then there will not be enough time to put together a comprehensive bill," writes Norris, "and an opportunity will have been missed."

Why no forthright tax talk on the campaign trail? Because today's candidates and their handlers keep seeing 1988 replays and how powerful the words "Read my lips, no new taxes," were, regardless of what the reality turned out to be. Essentially, candidates are terrified of being labeled with sound bite charges that they favor any type of tax or tax increase.

And that means our tax system will just keep limping along.

Law & [Tax] Order: U.S. News & World Report offers a look at what the tax policies of Fred Thompson, politician-turned actor-presumed GOP candidate, might look like (thanks to TaxProf for the heads-up).

As with the others, there's no specific tax plan, but there's speculation Thompson will add former Bush economic adviser Lawrence Lindsey to his campaign team.

And based on Lindsey's 1990 book about the Reagan tax cuts, The Growth Experiment, James Pethokoukis says "it seems clear that Lindsey views the tax code as a way of promoting economic growth and dealing with social problems."

His "tax code for the future" includes:

Will the Thompson plan resemble the Lindsey plan? asks Pethokoukis. His answer: Even Fred probably doesn't know yet.