Getting your rocking chairs on the same porch

Do you and your partner talk about retirement? The hubby and I do. A lot.

Much of it is along the lines of "I can't wait to quit working!" But seriously, we do look forward to the day when we feel comfortable enough to do what we want to do, rather than what we need to do to pay bills.

And while the date certain is still up for debate, we pretty much agree on what we'll do when it arrives. 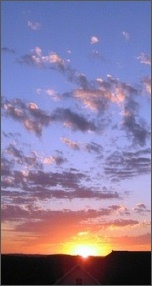 At the slow pace we're taking to unpack, we'll finally get around to furnishing our house. And we'll be able sit in those rustic rockers that we plan to eventually buy for our front porch so we can take in the gorgeous Texas Hill Country sunsets.

We also hope to travel more, especially to birding hot spots. I'll probably blog 24/7 instead of the 20/7 that I do now. And I'll try all those recipes I keep clipping, but which get shoved aside for more quick-fix meals at the end of most days.

I know we'll both also read more books. We keep buying them and then bemoaning the fact that we have no time to just sit down and go through the chapters.

What do you want, honey? Our retirement plan, vague as it is, apparently is more than some of our Baby Boomer peers have mapped out.

A survey conducted a couple of months ago for Fidelity Investments found that almost a third of married couples don't know what their partners want out of life when it comes time to quit punching the clock.

Those folks need to get to talking about retirement expectations and soon. When you've both got lots of time to spend together, you better make darn sure that you both want to do the same things.

Agreement on getting there: At least most couples generally agreed on how to save for retirement, even if they didn't have a clear idea of what they'll do once they get there.

When asked which income sources they would rely on most in retirement, the majority agreed that workplace savings plans, pensions and Social Security would top the list. But only 39 percent of husbands and wives agreed upon which potential source would be their primary source of income. And just where, or if, annuities, brokerage accounts and pensions fit into their plans proved to be more problematic.

The hubby and I talk regularly about our financial strategy that we hope will get us to retirement sooner rather than later. Each month I plug in the value of our investments to give us an overview of our holdings and which ones have been on the upswing or trending downward. It helps us decide how to adjust and rebalance as needed. 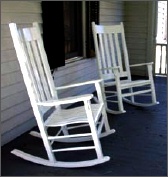 Such planning is imperative so that when you finally agree on what you'll do with all that time together, you can afford it.

That planning becomes even more important when you start thinking about some retirement-specific financial concerns.

The Fidelity survey found that two-thirds of couples (70 percent) agreed that health care is a concern in retirement, with nearly half saying it's their biggest worry.

Other issues cited were inflation cutting into savings and reduced Social Security benefits. But 23 percent of the surveyed couples admitted they've not taken any steps, such as purchasing long-term care insurance, to ease these potential Golden Years' complications.

More data: The married couple pre-retirement survey was conducted for Fidelity by Richard Day Research in February and March by online polling of 502 husbands and wives born between 1937 and 1964. You can read additional results in this summary from Fidelity.

The investment company also takes a broader look at retirement issues and opinions in its 2007 Fidelity Research Institute Retirement Index. The company's third annual report found that the typical working American household is on track to replace 58 percent of its income in retirement, a slight increase from last year's index level of 57 percent.

I think one of the best ways to "stay at home", that is often overlooked, is to own long term care insurance. It has been mistakenly called "nursing home insurance". I read recently that less than 37% of claims on long term care policies are for nursing homes. More than 63% of claims are for home healthcare and community care.
I read that article at the following website:
http://www.ltcinsuranceshopper.com/

Gosh, we don't talk about it. We should, but usually it leads to dispute. Spouse believes the magic retirement fairy will come and just give us a lot of money, while I think we should be saving now while we're young and before kids come. It's a potentially worrisome divergence. I still tuck money away anyway, and luckily for me (for both of us) he's too lazy to try and dig it out. 40 years from now, he'll thank me.