Marijuana deduction goes up in smoke

Medical marijuana is not deductible on a federal 1040.

But other services provided by a San Francisco-based group that helps folks suffering fatal or debilitating illnesses can be written off.

That was the split decision handed down Tuesday in a U.S. Tax Court ruling regarding expenses claimed by Californians Helping to Alleviate Medical Problems, Inc.

The group, which in subsequent references we'll refer to by the acronym CHAMP because that sounds much better than the Tax Court's "Petitioner" (or P), was organized in December 1996 under California law as a public benefit corporation to help individuals suffering from AIDS and other debilitating diseases, such as cancer and Multiple Sclerosis. 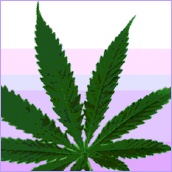 As part of its services, CHAMP provides its members with medical marijuana under the California Compassionate Use Act of 1996. But the group also offers various other services, such as support group sessions, daily lunches, hygiene supplies, counseling, social events and online access.

And the connection between those varied services is where the IRS and the Tax Court views of deductible expenses diverged.

The group, although organized under California law for "charitable, educational and scientific purposes," does not have federal tax-exempt status and operates at about a break-even level. To reduce its 2002 tax bill, it deducted many of its basic business expenses. They included the typical ones that any company might claim, such as payments for dues and subscriptions, employee training, insurance, meals and entertainment, supplies, etc.

But the IRS said that on that particular return, which was the one in dispute in the Tax Court case, CHAMP shouldn't be allowed any of its deductions.

Tax consequences of controlled substances: Essentially, the IRS argued that all CHAMP's deductions should be disallowed under Internal Revenue Code Service Sec. 280E that precludes such write-offs when the expenses are incurred in conjunction with the trafficking in controlled substances, as defined by U.S. law.

The Tax Court agreed that the marijuana is a controlled substance under federal drug laws and that under federal -- and Webster's Third New International Dictionary -- definitions, CHAMP did indeed traffic in the drug.

But the Court also determined that the organization's other services were "separate trades or businesses" not related to the wacky weed.

In his opinion, Judge David Laro noted that CHAMP's executive director "testified credibly and without contradiction that the petitioner's primary purpose was to provide caregiving services for terminally ill patients. ... The evidence suggests that petitioner's operations were conducted with that primary function in mind, not with the principal purpose of providing marijuana to members."

As for the Code section that the IRS wanted to use to invalidate all of CHAMP's deductions, Laro wrote:

"Section 2080E and its legislative history express a congressional intent to disallow deductions attributable to a trade or business of trafficking in controlled substances. They do not express an intent to deny the deduction of all of a taxpayer's business expenses simply because the taxpayer was involved in trafficking in a controlled substance.

Accordingly, the Court ruled that the expenses in question must be apportioned between the marijuana distribution and other services, based on the number CHAMP employees and the portion of its facilities devoted to each activity.

Once that's recalculated, then the IRS will get some of the money it sought, but not all.

Which just goes to show once again the critical importance of keeping accurate tax records.