Subprime lending, brought to you by Texas

The subprime mortgage debacle started in Texas. Austin, in fact. 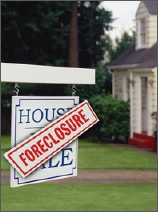 No, that's not just some perverse State braggadocio.

And no, the first house purchased
with a subprime
loan didn't go into foreclosure here.

But the software program used by lenders to process and approve loans for those with spotty credit was created by an Austin father and son.

A story in Friday's New York Times (I finally made it through that stack of old papers late this afternoon) says that Edward N. Jones and his son, Michael, designed the LendTech program, which uses the Internet to almost instantly screen borrowers with weak credit histories. By 1999, the Jones' company, Arc Systems, had the major subprime lender First Franklin Financial as a customer.

FFF and other subprime lenders take those real-time, online credit reports and then use algorithms to gauge the risks of default. By 2005, according to the Times' article, the number of subprime loan applications processed by FFF had increased to 50,000 a month.

Since its introduction, according to the story, LendTech has been used to produce $450 billion in subprime loans.

OK, America. Go ahead and blame Texas for the current subprime crisis and its ripple effects. We've been blamed for worse.

There's no denying that automated underwriting software, originated right here in Texas, made the subprime boom possible, propelling a niche loan product into the mainstream.

Software, however, doesn't excuse bad human judgment. After all, people at all those financial institutions all across the country had to take that rapidly received data, analyze it and make the ultimate loan approval call.

And, in the grand way of capitalism, LendTech now has lots of competition. The Times' story lists several other companies with similar subprime scrutinizing software. But one in particular caught my eye: Metavante.

Metavante is quite a diverse company. Its Web site says the company "is redefining banking and payment technologies to financial services firms and businesses worldwide." I'll let you browse the site at your leisure to see exactly what that entails.

But one of Metavante's subsidiaries is Link2Gov. Yep, that Link2Gov, one of two companies authorized by the IRS to process credit card tax payments. (FYI, the other one is Official Payments Corp. You can get the IRS spiel on both firms here.)

So under an ideal scenario for the Milwaukee-based Metavante, the company will help you get a creative loan product to buy a house. You'll deduct the interest on that loan to lower your tax bill, which you will then pay using the services, at 2.49% of your taxes due, of Metavante's Link2Gov.

Is this a great country or what?