If you're not a parent, you probably clicked here expecting my longest post ever. 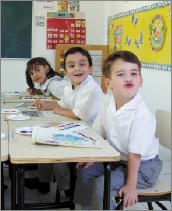 But folks with kids, especially children who are getting closer every day to attending college, immediately added the word "plan" after 529.

I'm not a parent, but I do know these college payment plans offer tax advantages for folks trying to come up with ways to pay the ever-increasing costs of higher education.

I don’t know if Joel Schoenmeyer is a parent either. But he is a Chicago-area attorney and author of the Death and Taxes blog, where he offers a brief tutorial on 529 plans.

The main benefit is that money in the account accumulates tax-free and when you use it to pay for qualified education costs, those distributions also are not taxed. That feature is now permanent, thanks to education provisions slipped into the Pension Protection Act last fall.

Parents were getting a little worried, as the 529 features were scheduled to expire at the end of 2010. Other 529 features that also were extended indefinitely by the PPA were the ability to roll over a plan to a different state plan once a year without having to change the account's beneficiary and the option to save for the same student via both a 529 plan and a Coverdell Education Savings Account.

Multiple college cost lessons: Schoenmeyer's look at 529s follows the first rule of any good instructor: Don't overwhelm your students. So he breaks up the lesson into two parts.

His first lesson offers 11 facts, including basics such as just what these plans are and how they got the name.

Oh, oh, (hand waving frantically!) oh, Professor, sir! I know this one! The part of the U.S. Internal Revenue Code that details the tax provisions related to this college savings plan is Section 529. So the name stuck, just like the names for Section 179 business expensing and employer-provided 401(k) retirement plans. But I digress.

Part 2 of Schoenmeyer's lesson includes a look at these plans and how they work with estate and gift tax laws.

With the changes last year to the kiddie tax, some previously appealing college saving strategies have lost their tax luster. So if you have kids and hope to one day see them get a degree from your alma mater, look into a 529.

Schoenmeyer's 529 examination focuses on college savings accounts. But that section of the tax code also authorizes prepaid tuition plans. Savings plans and prepaid plans are two different animals. With prepaids, you pay now for a student's future attendance, basically locking in tuition costs at today's rate vs. the expected higher levels in coming years. But some states, including Texas, realized how much that was going to cost them, so they've scaled back or stopped offering prepaid plans.

You shouldn't have any problem, though, finding a 529 savings plan that meets your needs. Schoenmeyer has links to Illinois plans, since that's where he's based. If you're sitting at your computer in one of the other 49 states, check out Saving for College. There you'll find a whole lot more on 529s and other ways to pay for college.

Joel, other useful links are irs.gov and www.wallstreetquest.com

Thanks for the link! I do in fact have one child (5 years old), which is why learning more about 529 plans is part work-related and part personal.

Thanks for linking to this, Kay! 529s represent a black hole in my financial knowledge, and they're something we'd like to figure out before we have kids and the clock starts ticking until they hit college!