The gift of the tax MAGI

To celebrate the convergence of the Christmas story and the IRS, we are introducing today a new feature on Don't Mess With Taxes: a glossary. 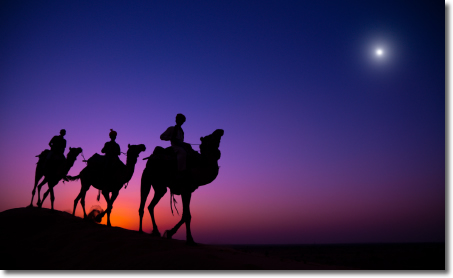 I know, I know. You're asking just exactly how do Christmas, taxes and a glossary come together?

The answer: One of our glossary's first words is MAGI, just like the three wise men who traversed afar.

OK, you're right. It's an acronym. But since it's Christmas Eve, I couldn't resist.

In tax parlance, MAGI, or modified adjusted gross income, is a measurement of how much money you make. It's calculated by starting with your adjusted gross income (AGI) and then adding back certain amounts you previously subtracted to get to your AGI. The precise deductions you have to reconsider in reaching MAGI usually depend on the tax benefit that uses that modified figure.

For example, it's your MAGI, not your AGI, that determines whether you can open or contribute to a Roth IRA. MAGI also affects eligibility for many educational and child-related tax breaks, as well as taxability of Social Security benefits. In each case, how MAGI is figured might be different, so read the instructions carefully.

So what's AGI, then? Check the upper right corner of the ol' blog and you'll find it, along with the definition of it's modified companion. I'll be periodically posting definitions in this new blog section, Tax Terms, which for a while at least will stay in that location.

As the definitions are replaced, they'll be moved to the permanent Tax Glossary, where these two definitions and a couple more already reside. new, improved and expanded Tax Glossary. You can bookmark the glossary posting special tax definitions special web page and check back every so often, or just use the link in the Tax Terms section of the blog home page.

Here's wishing you an increased tax vocabulary and a MAGIcal Merry Christmas!

I must point out, however, that both listings omit one of the most well-known -- and my favorite -- Magi references, the classic short story, "The Gift of the Magi."

Written by O. Henry, who, by the way, ran into some financial, and legal, troubles down here in Austin (where he has his very own museum), the story employs his trademark twist to capture the Christmas spirit. You can read it online here.