Frist and his colleagues on the House side last week threw together what they dubbed a "trifecta" measure. The estate tax changes were piggybacked onto a long-overdue minimum wage increase and a package of other, less divisive tax breaks that would benefit many middle-class taxpayers.

But the GOP was unable to cash that betting slip, as the vote on whether to consider the bill fell three votes short, the same number it needed the last time Frist and crew tried to pass an estate tax bill. Technically, the official roll call record will show it was four short, as Frist changed his vote in an a maneuver to allow him to bring it up when Congress returns from its August recess. 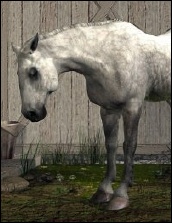 Wait a minute? Didn't the good doctor say a couple of days ago that this vote was a now-or-never deal? I guess he has a few more bets he wants to place on this old gray mare.

Last night's vote, like most activities in Washington, D.C., offered the good, the bad and the ugly (unfortunately, without Clint).

Good: Senators rejected efforts to be blackmailed into voting for one law they didn't want (estate tax modifications) just to get some they did want (long-promised bipartisan tax breaks, minimum wage hike). It's good to see people on Capitol Hill making some tough choices.

Bad: Among the tax breaks that remain in jeopardy are several popular ones that expired at the end of 2005: the deduction for college tuition and fees, the opportunity for teachers to write off classroom supplies they buy and the state sales tax deduction. Those of us depending on, or at least hoping to use these on our returns next year, will just have to keeping waiting for them to be reinstated. Count on it; they will eventually be approved.

Coming attractions: In a post later today, I'll look at some of the other tax provisions, both welcome and, shall we say, questionable, that were in the failed estate tax bill, along with some items of note included in the separate pension reform measure that the Senate did approve last night.

Ugly: The "trifecta" tag. We voters often feel like Congress is gambling with our tax money, among other things. This Freudian slip of a nickname just confirmed that suspicion.

Fun with acronyms: As I mentioned in an earlier post, lawmakers often seem to shape legislative titles around catchy acronyms that they can spout in campaign ads.

But they obviously didn't do that with the estate tax measure that just failed. It's official name is the Estate Tax and Extension of Tax Relief Act of 2006, or ETETRA.

The minute I saw it in print, my mind read

ETETRA doesn't really roll off the tongue, so that's probably one reason they came up with the "trifecta" moniker. So to try out my acronym = legislation name theory, I had a go at it:

Yeah, I know. A bit of a stretch. Feel free to give it a shot yourself and send along your "official" bill title.

Tax relief can also be beneficial through checks mailed to taxpayers by the federal or state tax authorities to reduce the burden on taxes. These checks can also be in the form of refund checks received from tax authorities for taxes paid beforehand when there are found to be excess taxes paid by the taxpayer after calculating the tax assessment for the current or previous assessment year.