So that's how they stay so rich 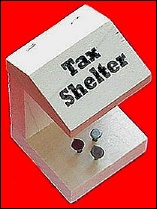 Since efforts to deal with pending tax issues that affect simple folk like you and me are stymied, some Senators decided instead to take a crack at closing down the billion-dollar tax shelter system. Apparently a lot of America's wealthiest individuals take advantage of offshore tax havens to ensure their bank accounts stay at stratospheric levels.

And "take advantage of" is the key phrase.

Illegal tax haven schemes, according to testimony today before the Investigative Subcommittee of the Senate Homeland Security and Governmental Affairs Committee, "are undermining the integrity of the federal tax system, diverting tens of billions of dollars each year from the U.S. Treasury, and undermining U.S. law enforcement."

Some of the billionaires, including New York Jets owner Robert Wood Johnson IV, are portrayed in the report as victims.

Others, including the Wyly brothers, Texas businessmen who also are big political campaign contributors, are alleged willing participants in trying to bilk the U.S. Treasury out of lawful taxes. Seems the feds think those Texas boys got a little too wily for their own good.

The bottom line: More than $1 trillion in U.S. assets are stashed in offshore accounts, where they illegally avoid payment of as much as $70 billion in taxes each year. That translates to about 7 cents in evaded taxes for every dollar that honest taxpayers hand over to the IRS. 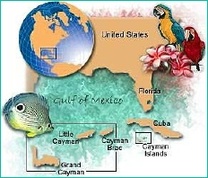 The report calls for several changes, many of which are aimed at promoters rather than participants, to eradicate or cripple such schemes. Among the specifics:

We'll see if, especially in the cases of alleged criminal acts, those folks realized enough in "tax savings" to pay for the high-dollar attorneys they now need to get them out of tax trouble.

You can read Levin's opening statement and press release accompanying the distribution of the report.

If you prefer, hunker down with the actual full report.

Of you can get additional high points of the hearing from the aforementioned NY Times article, as well as stories in the Washington Post, Wall Street Journal and Forbes.

Not always a dirty word: The term tax shelter is not necessarily pejorative. There are many perfectly acceptable tax shelters, such as your home which affords you legal ways -- mortgage interest and property tax deductions, for example -- to keep some money out of Uncle Sam's hands.

But an abusive tax shelter is trouble. This is where the tax-saving scheme was set up simply to avoid taxes. A legitimate shelter, in the eyes of the IRS, is one you would invest in even if it didn't promise tax savings.

Basically, you're putting your money into the arrangement with realistic hopes of making more money. Any associated tax savings are just icing on the cake.

You don't have to be wealthy to get involved in a problematic shelter. And you don't have to be of a criminal mindset to buy into one either. Lots of folks who are just trying to make a little more money end up buying into bad schemes.

Just be sure that before you invest, you do your homework, including reading this Bankrate.com story that examines ways to avoid buying into an abusive tax shelter.