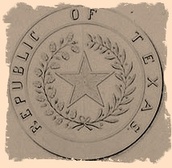 Four days later the Mexican army answered the rebellion by kicking our butts at the Alamo.

That was just the beginning.

For 170 years now, Texans have been fighting -- good causes, seemingly lost causes, each other and everyone else. Every time my husband shakes his head at my righteous indignation and decision to keep battling, I tell him that it's just my Texan coming out.

He's a native Lone Star Stater, too, but if he'd been around in 1836, he'd more likely been a diplomat. I'd have been one of the mouthy insurrectionists about to get shot up by Santa Anna and crew. He reminds me almost every day, "Think it, then say it." What's the fun in that?

Such tendencies set me and other similarly inclined Texans up for a lot of shots. I'm not going to go into politics here (well, only far enough to point out that the current president was not born here, so cut us some slack!). But in that arena, as well as other fields of endeavor, Texans have made their marks, and for the good most of the time.

One area where Texans, both native sons and daughters and those who got here as quickly as they could, regularly shine is the movies. So in celebration of our first Texas Independence Day in the state's capital, the hubby and I slipped out for a matinee showing of The Three Burials of Melquiades Estrada, a movie starring and directed by fellow Texan Tommy Lee Jones.

I suspect that Pete, Jones's character in this film, wasn't much of a stretch. Pete is an aging cowboy trying to fulfill the final wishes of a buddy.

The theme is the same as Lonesome Dove, but the movie and surrounding issues are decidedly modern. And they are a perfect fit for this day in Texas history: A fiercely independent Texan, a Mexican national, home, dreams, immigration, friendship, love, death and commitment, or as my hubby might say, bull-headedness.

Although the film took top honors at the 2005 Cannes Film Festival (see, the French still like some Texans!), it's not likely to make it into many theaters across the U.S. If it does show up near you, go see it. If it doesn't, rent the DVD when it comes out.

Texas cinema: Since the Oscars are upon us and the first film to win a statuette for Best Picture was made in Texas (Wings in 1927), now's as good a time as any to review Texas's film history.

Here are five that, along with Three Burials and Lonesome Dove (yes, even though it was a TV miniseries, it deserves recognition in every film listing), that are my favorites (today at any rate!).

Please turn off your cell phones and enjoy!

Giant (1956): "The legendary epic that's as big as Texas." A personal favorite since it's set in my West Texas neck of the woods and I grew up hearing stories of folks who caught a real, live glimpse of Elizabeth Taylor.

El Mariachi (1992): OK, not in or about Texas, but Austinite Robert Rodriguez's impressive first feature-length film.

Blood Simple (1984): Another film debut, this time by the Coen Brothers, who view a planned crime of passion through their unique camera lenses.

According to the Texas Film Commission, which tracks movies for economic reasons rather than cinematic merit, more than 1,300 films have been made in the state since 1910. You can check out the list here.

And the tax goes to: Thought you'd escaped, eh? Never!

The New York Times recently looked at tax issues that have arisen as award ceremony swag has increased. Some of the gift items -- cruises, jewelry, guitars -- get more attention than the smaller films up for awards in the less well-known categories.

If you have a subscription to the paper's archives, you can read the full story here. If you don't, in a nutshell the story looks at "the piles of free stuff being handed to celebrities -- nominees, award presenters, performers and members of their entourages …" and potential associated tax problems for both givers and recipients.

Based on the advice of its tax attorney, the Golden Globes decided that ''none of the leftover bags may be given to any member, board or otherwise, or his family.''

The story also quotes Lee Sheppard, a contributing editor to the tax journal Tax Notes, who advises celebrities to pay attention to the gift bag tax implications, too. Sheppard notes that the star getting the goodies is not getting a gift, but income for presenting an award during the show:

"Queen Latifah [a hypothetical presenter] is not getting a gift; Queen Latifah is getting income. And the company is having a deduction for a form of advertising. Tax law does not recognize this as a gift."

Further complicating the issue is the value of the gifts. Michael Harris, president of Paragon Business Management, told the Times, ''If it's a fee for service, if you get this when you show up to do something, there would be taxable exposure."

Just how aggressively the IRS would go after that income depends, no surprise, on the value of the ersatz gift.