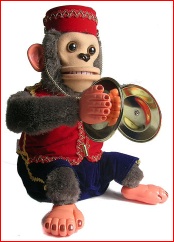 Are you ready for some commercials? OK, it doesn’t have quite the same ring as Hank Jr.’s musical query of Monday Night Football fans, but on Sunday the question is as important as which team you’re rooting for.

Even non-football fans (yes, Virginia, they really do exist, even down here in Texas, although I don’t know why we let them stay!) hunker down in front of the TV to see what sales-pitch diamonds and disasters are sandwiched between plays from scrimmage.

At ABC’s asking rate of up to $2.5 million for half a minute, almost five times the cost of the highest-priced commercial during a regular program, there better be more mini-masterpieces than duds. But it’s a gamble, the corporate equivalent of the millions that bettors are putting on the outcome of the game.

Anheuser-Busch's commercials usually have at least one spot highly-ranked, often as the best, in the annual best-commercial competition, or, more accurately, competitions. Of course, the beer company stacks the deck a bit, according to this New York Times article (paid subscription required), by buying more Super Bowl commercial time than any other advertiser.

Rating the ads, many of which admittedly are better than much regular programming, has itself become entertainment. Numerous Web sites already have conducted best Super Bowl ad surveys based on previous year’s offerings. Just as many will do so the same on game day.

CBS, which has to watch rival ABC telecast the game, is tangentially getting a piece of the big game by, according to this announcement, “counting down the best Super Bowl commercials of all time.” The results will be revealed in an hour-long prime-time special on the eve of the big game.

Monkey, monkey, monkey: I don’t know about all-time best, but last year none of those Clydesdales were as entertaining to me as those crazy CareerBuilder office chimpanzees.

C’mon. Admit it. You know just how that lone homo sapiens feels. You’ve sat by the whoopee cushion chimp. You’ve had a boss that looked just like that guy, er, chimp in the ad. And you’ve actually told others that you do work with a bunch of crazy apes.

I so disagree with AdFreak’s assertion that opposable thumbs are overrated and that guinea pigs are the ad industry’s mammal of choice. Nope, it’s monkeys for me.

And I’m not alone, according to this New York Times (sorry, registration again) article. The gist of the piece: Last year, CareerBuilder spent “in excess of” $2 million for the three chimp commercials. They were such a hit that the company recouped the money spent on the ads in just three weeks. Office of the Apes returns with two 30-second spots during Super Bowl XL.

It’s a good move, because apes ‘r’ us. The popular primate references that come immediately to mind include the cymbal clanging fellow welcoming you to today’s blog (here’s an animated version), his cousin the organ-grinder monkey, the see-hear-speak no evil chimps, a monkey’s uncle, Hey Hey We're the Monkees, Tarzan’s faithful buddy Cheetah (although what’s up with this big cat name?), monkey see monkey do, sock monkeys, Saturday Night Live's Dieter's monkey (just don't touch it), J. Fred Muggs, cheeky wee monkeys, Bedtime for Bonzo, "Get your hands off me you damn dirty apes" and Marcel, Ross’s capuchin buddy from Friends.

And who hasn’t had more fun than a barrel of monkeys after an evening of monkeyshines?

A quick search of Amazon for books mentioning monkey, which didn’t even catch Curious George since there’s no reference to his species in the title, got me 3,216 hits. I immediately flashed back, way back, to my college days, when it seemed like that’s how many lower primates would hit on my friends and me when we visited clubs sans boyfriends.

Anyway, back to 2006. The books range from Monkey Business: Swinging Through the Wall Street Jungle, a look at an investment bank associate's daily routine, (mmmm, fun); to Monkey Town, a fictional account of first love with the Scopes trial as backdrop (I’m not even going there!); to Love Monkey, the lad-lit book that’s the basis of the new CBS show of the same name, although the book’s tabloid paper setting is now a record company, making it so much easier to fit up-and-coming performers and already-star singers into cameo roles.

Widen the search to all of Amazon's products, and you'll get 8,992 items in categories such as health and personal care (?), jewelry, apparel, beauty (again, ?) automotive and electronics, not to mention the expected areas of toys, music and movies.

I’m sure the number of items would be well over 10,000 if Amazon hadn’t filtered out the “adult products” involving monkeys. From just glancing at what did make it through (a certain registered monkey trademark name for a body powder topped the list), I am SOOOO glad I got the censored inventory.

Then you have the simian films: 12 Monkeys, the 1996 time-travel, sci-fi thriller with Bruce Willis and stringy-haired Brad Pitt (pre both Jennifer and Angelina); Monkey Business, Howard Hawks 1952 screwball comedy with Cary Grant, Ginger Rogers and Marilyn Monroe (guess who’s on the DVD cover); and the 1931 Marx Brothers Monkey Business, this time with Groucho, Harpo, Chico and Zeppo up to their usual antics on a transatlantic crossing. And, of course, the latest remake of the greatest ape of all time, King Kong.

Don’t forget the music: Joe Ely’s list of Monkey Songs (I can’t explain it; it just makes me laugh); the Black Eyed Peas CD Monkey Business (wish I had the trademark on this phrase); and the hot new British band, Arctic Monkeys, scheduled to appear at Austin’s SXSW Music Festival in March.

Apparently, I could go on for days about monkeys (and I’ve already talked about primates in an earlier blog entry), but I’ll close with a final comment on the commercial popularity of various small mammals: Only 1,372 guinea pig-related items show up on Amazon.

Stop monkeying around: If you really do feel trapped in your office tree, er cubicle, surrounded by a bunch of screaming monkeys, er coworkers, who are driving you crazy, then get out and look for a new job. The costs, including fees to online and in-person firms you hire to help you, could be tax-deductible. TODAY’S TAX TIP has details.

Closing commercial: Budweiser may well win the Super Bowl of Advertising, but my favorite brewski ad is from Australia. If I ever find Carlton Draught sold anywhere locally, I'm buying it simply because of this hilarious spot.

Elsewhere: A slightly different version of these thoughts is published on Blogcritics.org, "a sinister cabal of superior bloggers on music, books, film, popular culture, technology, and politics."