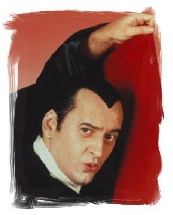 It certainly is scary for some celebrities who are facing some potentially costly tax issues.

Jury selection began this week for Richard Hatch, the first winner of CBS’s “Survivor.” The IRS contends that he didn’t pay taxes on his $1 million winnings from the popular show.

But that’s not the only charge. The jury also will hear government evidence that Hatch spent money designated for a charity he created, filed false tax returns and committed bank, wire and mail fraud. TaxProf has links to some stories detailing the early stages of the trial, as well as background on how Hatch ended up in court.

What was he thinking?

We first asked that question back in 2000, when Hatch went traipsing around the Malaysian island of Pulau Tiga naked.

We asked it again when the tax charges were filed. Everybody knows by now that the IRS gets a part of any prize winnings.

And we had to ask it a third time when he backed out of a plea agreement last year, forcing this trial. At least he showed up at the Providence, R.I., federal courthouse in a suit.

Once a jury is in place, the trial is expected to last about three weeks. If the 12 panelists decide to vote him guilty, Hatch could face a maximum $1.35 million fine and 73 years in prison. If that happens, Richard, you better keep that prison jumpsuit on!

That same IRS interest in TV winners also could pose problems for reality show participants on ABC, according to a couple of law students (details again can be found at TaxProf).

Brian Hirsch, writing for the University of Cincinnati Law Review, examines tax implications for winners of ABC's "Extreme Makeover: Home Edition," which is designed to help needy and often-times ailing or disabled persons into better abodes. The network, he notes, has structured its giveaway so as to seemingly satisfy any IRS claims against the recipient families.

In essence, Hirsch writes, since the tax code allows a property owner to collect tax-free rent on a dwelling if it’s rented for less than 15 days a year, the ABC renovation crew leases the home during the filming of the programs and pays the tab with $50,000 worth of appliances, furniture and electronics equipment. Plus, under the tax law, any improvements made by the ABC “renters” are tax-free to the owners.

The key question is will the IRS actually accept ABC home improvers as legitimate tenants? And if not, how will it handle the bad PR of taxing a poor family beyond its means?

A Gonzaga Law Review writer doesn’t hold out much hope that it will end well for "Makeover" winners: “This is an unexplored area, but the families who have received such goodwill from Home Edition have reason to be wary. Aside from the known property tax ramifications, there remain tens of thousands of dollars of potential income tax burdens lurking in the shadows.”

Tax burdens also could be lurking for Anna Nicole Smith, who’s hoping to finally be awarded control of the estate left by her late husband, J. Howard Marshall II. The exact amount has gone up and down depending on which court ruling you pick.

The Supreme Court is scheduled next month to hear arguments arising from the former Playboy Playmate’s inheritance battle. And she’s getting some help from the Bush Administration (details in this MSNBC story).

Quit giggling, Beavis and Butthead. There’s a legitimate federal concern. The U.S. Solicitor General wants to join in her argument to hash out the issue of when federal courts may hear claims that involve state probate proceedings.

OK, Anna Nicole’s situation is not technically a tax case, but with all the money she stands to inherit, taxes eventually will be a consideration. Plus, if the White House can find a way to hook up with her, what’s to stop me? I’ve got as much a connection to her as does the country’s top lawyer.

A.N. and I are both Texans, we both have persistent weight issues, we’re … I’m thinking … we both love (loved in her case) our husbands. C’mon, give the girl a break. She loved million$ of things about old (and I mean OLD) J. Howard.

Plus, Anna Nicole just has to be included in any discussion of truly frightening things. You do remember her TV show, don’t you?

TODAY’S TAX TIP: Neither Richard Hatch nor Anna Nicole nor the "Makeover" families can use the IRS’s free e-filing system this year. It’s been scaled back and now is available only to taxpayers who make $50,000 or less.

They can, however, still e-file. They’ll just have to pay for it. If they’re wiling to do that, they -- and you -- can electronically deliver 2005 returns now. The IRS starts accepting e-filings today. A breakdown of  e-file options (do it yourself, hire a professional to e-file for you, free file if you can), as well as a look at some basic electronic tax factors you should consider, can be found in today's tip on Bankrate.com.

*TODAY’S WORD: Figured out how to pronounce today’s title yet? Yeah, neither have I. But it means fear of Friday the 13th and shouldn’t be confused with triskaidekaphobia, the irrational fear of things or events associated with the number 13. If you dare, you can read more about paraskevidekatriaphobia here.